Excellence is an art won by training and habituation. We do not act rightly because we have virtue or excellence, but we rather have those because we have acted rightly. We are what we repeatedly do. Excellence, then, is not an act but a habit. — Aristotle

Marietta — The EvE methodology is something I developed myself during a difficult and challenging project implementation for a large technology firm with a fast-growing Internet startup customer with huge hurdles to overcome.

I coined it, “Effort versus Effectiveness,” or EvE because we had over 100 tasks to accomplish in less than 48 hours! So I had the teams list the highest priority items in groups of ten. Then we took the TOP 10 and accomplished the top three first, then reshuffled the remaining seven until we were done, then moved on to the next ten items.  We got it done on time and under budget. Have you heard the age-old rhetorical question, “How do you eat an elephant?” The answer is: “One bite at a time.” If you feel overwhelmed by lots of tasks and not enough time to complete everything, try the EvE method: Prioritize, Reshuffle, “Do It” and Move On to the next task list. 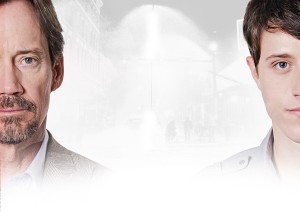 A couple of weekends ago, my husband and I relished the scarce and exciting opportunity to watch a movie from start to finish without pressing the pause button once. That’s right ladies and gentlemen, my dear spouse and I went on a date while the grandparents babysat our 9-month old son. (Can I get an AMEN?!!)

Long overdue for some conversation that broached topics other than Spongebob Squarepants, spit-up, or suspicious smelling diapers, Nathan and I agreed on the recently released flick “God’s Not Dead”.

The movie tells the story of devout Christian and college freshman Josh Wheaton (Shane Harper), who is prompted by his overreaching Atheist philosophy professor (Kevin Sorbo) to present a scientific, fact-based argument on the existence of God.

Rotten Tomatoes gave the film mixed reviews, due to the production’s stereotypical depiction of religion and morality throughout various cultures.

Be that as it may, I strongly disagree with the assertion that the movie failed to present an all-encompassing portrayal of the Christian experience.

Critics felt that the movie presented the tragically inaccurate message that Christians are always good, while non-Christians are always bad.  In other words, if good is white and bad is black, then the film lacked any notable trace of gray when it came to character development.

Josh Wheaton’s longtime girlfriend is a perfect example of a character who steps outside her moral compass as a Christian without actually abandoning her faith altogether. Committed to her relationship with Josh and their long-term plan of a life together, Josh’s girlfriend shares his Christian faith, but does not support his decision to challenge his professor. She is a Christian, yet her concern for Josh’s academic future trumped her support for him when he decides to challenge his professor and defend his faith.

Does this mean that she is no longer a Christian?

Of course not, she simply erred in her ways as a Christian who mistakenly dips her toes into the quintessential realm of gray.

What other characters represent this proverbial, yet realistic shade of gray? Go see the film and find out! I would love to hear your thoughts!

One of my favorite life mantras has always been “Always be kinder than necessary. Everyone is fighting some sort of battle”.

This is a great secular statement, but does it correlate with the Bible? I have great news for you: for once, an awesome expression actually does align up with the Bible! That’s right ladies and gentlemen, this one’s got God written all over it. Let’s see what the Bible says about kindness:

“But love your enemies, and do good, and lend, expecting nothing in return, and your reward will be great” Luke 6:35

In short, we all know that people who are unkind to us are the ones who need Christ the most. We become true mature Christians, once we have had the time to regroup and sympathize with the person’s pain.

It still doesn’t make the action okay, and the offender might not warrant a spot back in your life, but are we remembering to pray for this person, too?

Who can you forgive today?

Bryan has teamed with several foundations to provide scholarship money to students with BIG ideas. Find out more by visiting “Student Scholarships” page.